This past weekend, I watched the Super Bowl with a couple of work friends. Besides the Eagles swooping in with that well-deserved victory, Justin Timberlake put on a killer halftime performance.

During Timberlake’s performance, he went into the stands and started singing with the crowd. And on national television, this boy gave a step by step process of how to take a selfie while standing next to a famous person. 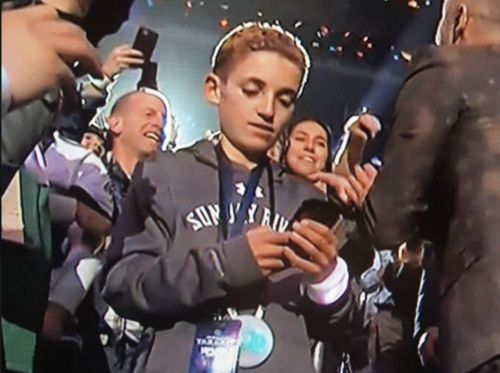 My friend sitting next to me started laughing and said, ‘This kid is about to become one heck of a meme.” Sure enough, within a half hour, that kid appeared on almost everyone’s twitter feed at the party. Thus, #selfieboy was born.

To me, this was a perfect example of how fast and powerful the media can be. But in this fast-paced environment, it also needs to be thoughtful about ethics.

In his NiemanLab article, media expert Ken Doctor says the news media needs to double-down on its core values. Today’s culture doesn’t hold a welcoming smile when it comes to the media. People continually speak badly of the media, not to mention the whole “fake news” ordeal.

Quite frankly, it’s a bit disheartening.

This article listed “kindergarten” values. As adults, it’s easy to get caught up in the hustle and bustle of life and forget some of the core values that we were taught as kids. Though the world isn’t as innocent as we thought it was back then, I think that it’s incredibly important that we are reminded of those values from time to time. Why can’t everyone just be nice to each other?

The article also re-listed some of the core values that are taught to journalists. It made me reflect on the relationship between the media and the people.

Then it hit me: I AM THE MEDIA. THE MEDIA IS ME. I AM POWERFUL.

While it was a pretty awesome realization, it also caused a quick panic in my mind. With power comes responsibility! It’s easy for me to forget that the articles that I post as a journalist can be seen online by anyone.

I’m happy and extremely blessed that I get to attend a university that has a journalism program that not only encourages reporting the truth but teaches us why it’s important as well. I can’t speak for the rest of world, but Michigan State is training its journalists to make an impact on the media in the right way.

The future of journalists is my generation. And while it can be scary knowing that we have that much impact on the future, it’s also crucial that we know how important it is to stick to those core values.

The media is fast and the media is powerful. The relationship between the media and the people is a two-way street. We promise to report the truth as long as you, the people, promise not to keep calling it fake. And if any sides of both parties break that promise, then the relationship isn’t real.

3 thoughts on “The Media and You: It’s a Two-Way Relationship”