Competition either makes or breaks people and businesses. In the world of media, there is always another company trying to put out a product better than yours and gain followers or customers.

Well how do you make yourself standout? Scouting out your competition is a first step, according to Jeff Haden’s article in Inc. He talks about creating a competitive analysis of your company and comparing it to the others who are already in the business. There are some key things that you look for like their websites, their competitors, what they bring to the table, and how they market their products.

Something that struck me from his article was that all these thing you are researching from other competitors should show you the strengths and the weaknesses of your own company and can help you expand to something bigger and better.

Competition isn’t for everyone. Someone may think its to hard to overcome challenges and cave, but others push to make something worth while for the people that drive their business. 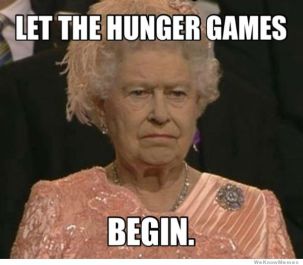 Networking/dating app Bumble is a great example. Founder Whitney Wolfe told the story of her successful startup on the podcast How I Build This and explained that she actually helped found the competition, Tinder. But she wasn’t happy there and decided she wanted to create something different.

Her idea was that women would make the first move and initiate a relationship or friendship with a guy. There would be no guessing game to see if he wants to talk to you. Instead, women would be in control. With that idea she changed the game and created something new. Now Bumble does more than just making the first move it helps you meet new people and network for business purposes or more.

Like dating apps there are a million sports sites: ESPN, SportsCenter, Sports Illustrated, your daily news site and more. So how do they each standout and make people watch or listen?

That’s what Bleacher Report had to figure out when it launched. CEO Dave Finocchio told that story to Recode Media’s Peter Kafka on his podcast and explained that the company actually started out as an email newsletter.

He wanted to bring fun back into sports and target an audience that wasn’t being served. Since then they have come up with different ways to grab attention of viewers that other competitors haven’t. They have different highlights of games that you may not be able to catch on ESPN or SportsCenter; they touch on different stories around the sports world that you would never even hear about, such as Black Griffin being sued by his ex-girlfriend; and just give their audience different view on what happens in sports.

They have used competitive analysis by seeing that changing different platforms of media and adding different content elevated them in the playing field giving them plenty of room to pass competitors.

The idea of competition is real everything you do in life; there is always someone working just as hard to create a new app or someone creating a new game or site or company but its your choice to compete or get swallowed up.

One thought on “Face Your Competition, Don’t Ignore It”