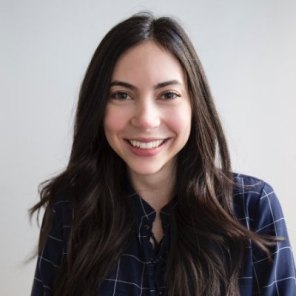 Layne Bernstein is the social media associate for Method, a company known for creating natural, eco-friendly cleaning products in attractive packages. The company is headquartered in San Francisco, but it has plants throughout the United States and in cities such as London.

Layne joined the team at Method in October of 2015. In her position, she works on management of the company’s Facebook, Twitter, Instagram and Pinterest accounts. Some of her duties include scheduling and sharing content on social media and developing strategy for how to best reach Method’s target consumers.

I spoke with Layne about the importance of a company’s brand strategy. We also chatted about the ins and outs of the digital and social media industry – what’s new, where it is going and what resources we can use to keep up with all of the advancements and changes.

Savannah Swix: Coming from a company like Method, can you tell me why strong branding is so important?

Layne Bernstein: I think, particularly now, in this day and age, people care more about that extra level. It’s not enough to just have a product that works. You have to have something that sets you apart beyond that. I think having a rich brand, having a deep brand with a story that people can connect to gives you that extra edge … Having that brand identity to latch on to gives people, exactly like I said, something more to latch on to, something more to be passionate about and share your brand with others.

SS: What is one part of brand strategy that should never be missed?

LB: Something really important to kind of fact check is, “Does this add value?” I think so often you can get into the rhythm of “We have to post something on Instagram today,” “We have to tweet today,” but if it’s not going to add value to your target consumer’s life then I would argue that, actually, you shouldn’t. Yes, of course, you want to stay consistent and have an active social presence and send out emails to your fan base and all those great things, but if the content you’re producing doesn’t add value then it’s really not going to go anywhere and may actually have a negative effect.

I’d say constantly being aware of, through consumer insights, what your target consumer is interested in and what they want to learn and hear from you and being engaged with your community on social and paying attention to what content is working and what content is not to really learn what your community is interested in and what would add value and continuing to build off of that.

SS: How important is consistency when it comes to social media messaging and reaching your target audience?

LB: I think the answer is two-fold. On one end, for sure, consistency is very important. People like [your brand] for a reason and people expect a certain kind of style and if you just switch it up every day that’s going to kind of confuse people. What we think about a lot at Method is if you cover up the name on Instagram of what account it is, so it doesn’t say @methodhome, would people recognize that this post came from us? The answer should always be yes. We should have a strong brand identity and a strong point of view that comes across. Ideally, our goal is that people would just recognize it and be like “That’s so Method,” “That’s definitely a post from Method.” I think, yes, establishing your brand and keeping it consistent is super important.

By the same token, though, I think you don’t want to grow stale and you don’t want to fall in this rhythm of “Well, we notice this kind of content works, so let’s only do that kind of content and never try anything else.” I think there’s definitely a balance between pushing out content that you know is going to work and then also trying new things and mixing it up every now and again and kind of surprising people as well.

SS: Social media is a very engaging platform for interaction and communication between brand and customer. What effects can poor responsiveness and overall online communication have on a company’s future?

LB: At Method, we consider social media a really important channel to communicate directly with our consumers. We get several comments on Facebook, on Instagram every day. Some of them are questions, some of them are just love letters, sometimes there’s problems with a product, so we think it’s super important to address all of them and it’s just kind of another way for us to connect with our community. I think definitely upholding the same level of service that would be upheld through a forum like email or phone. Often times, brands have response times that they’re trying to hit. They want to get back to people within one day or two business days. Similarly, we believe that should carry over to social media as well.

I think with social media, too, there’s kind of an added pressure because others can see it. So, if somebody asks a question or has an issue and a brand doesn’t get back to you within a reasonable amount of time, people see that and some will comment on that and be like “Wow, I can’t believe X brand hasn’t gotten back to you yet” or “I had the same problem and they never got back to me.” That’s what you want to avoid, so I think even aiming for quicker response times on social just to make sure something like that doesn’t happen, but that’s kind of going into a worst case scenario. Even if it’s a really positive thing, you can still treat it the same way and try to get back to them and try to just foster that [connection] and build upon it.

SS: What are some of the biggest risks involved in social media marketing? What happens when something goes wrong?

LB: I think there’s a lot. Certainly, the fact that social media is always on and while Method, for instance, like my job, and the @methodhome channels are kind of on North American channels and then we have other global channels. That doesn’t really matter, if somebody in China comes across [Method’s accounts], they’ll follow us. It’s not just North Americans who follow @methodhome, so these people might be active at 3 a.m. for me or 4 a.m., so that’s always kind of a risk. You just never know what you’re going to wake up to. So whenever I get in [to the office] in the morning, I always like to just look at everything and see what comments have come through. That’s usually the first thing I do, because, at least in my opinion, I feel like the biggest risk is just that somebody may have said something or caught something or who knows, but the world is always running and social media is always running, so just because you’re not on it doesn’t mean someone else isn’t.

Another risk, I would say is just not keeping up with the advances, so not evolving quick enough. I think even though Facebook, Twitter and Instagram have kind of dominated brands’ social media presences for a few years now, the networks are constantly evolving.

SS: How do you stay up to date on social media trends? Is there anything you would recommend that people looking to work in a similar position do?

LB: I subscribe to a few blogs and email newsletters, which I love and I don’t know what I would do without them. A few that I subscribe to: Buffer, they write a really great blog and they’re always on it in terms of new releases and things. I also subscribe to a publication called “We R SM.” They send out an email every morning and it just has the top five social media headlines and then links out to more information about them, so I look at that every morning.

Lastly, I like to follow a lot of different brands. Some of which I love personally and some of which I just think are good to follow to stay in the know. I just like to see what they’re doing and get ideas and see how they’re using the latest Instagram feature.

SS: How does one become “good at” social media? What does it take? Specifically from a business marketing standpoint.

LB: Personally, what I love about social media is it crosses a lot of worlds. I’m really interested in photography and art direction and I feel like Instagram kind of gets at that. I’m interested in copywriting and creative writing and I feel like all of social media gets at that … I feel like there’s kind of a lot of different facets to managing social and, of course, every brand, every company is going to structure their marketing team differently. Maybe a social media manager at one place only does the copy and posts and doesn’t handle any of the imagery or maybe another one only does imagery and then the copywriters write the copy. It varies, but I think that having a strong skillset in each of those areas – copywriting, analytics, graphic design or photography, and then just marketing in general and advertising – I feel like those are kind of core competencies to being successful. Social media moves really fast and it’s important to just stay in the know and be aware of what’s going on or what’s changing and adapting quickly from there. So striking a balance between planning ahead and also being responsive.

This interview was edited for length and clarity.