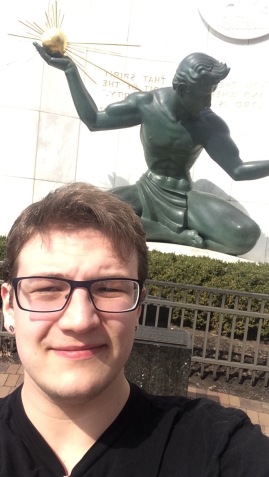 The city of Detroit is on an upturn, and last Friday, I got the opportunity to go meet the people making it happen.

I didn’t meet any billionaires or CEOs, no bank managers, no businessmen in the traditional, colloquial term. I met small business owners, people that really feel like they can go into the city and make a huge difference there — and they’re making it.

From beauty products targeted toward women who might not see themselves as traditionally “beautiful” to a grocery selling local crops seasonally, the new businesses opening in Detroit in the last several years is beginning to breathe some life back into the city.

I really felt the pride people had in being a part of the city, and it was admirable and spectacular. My family has been present in Detroit for three generations now, and I’ve watched it change for the better in a lot of ways since the glimpses of it I got in my childhood.

I see people who aren’t afraid of the city. People going about their business casually, and having open stores and restaurants to go to. Detroit doesn’t feel as empty as it once did anymore.

So much of it had to do with these entrepreneurs. They create havens for the people of Detroit to feel that safety in community that many have felt lacking in recent years. They create ways for people to feed their kids good food affordably, or create jobs for other Detroit residents making cosmetics and blue jeans.

It’s a exciting time to be in the Motor City.