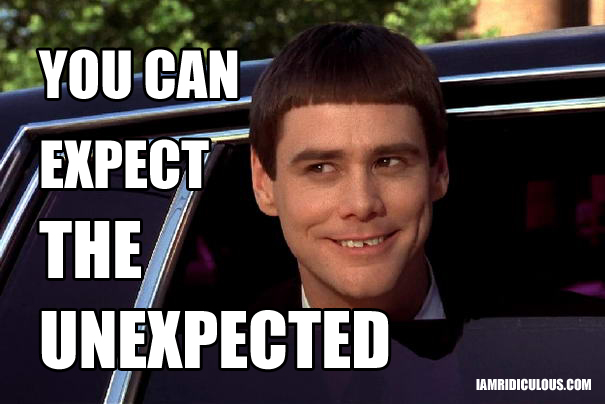 When creating a startup people always stress about making the first version of their product or service as perfect as possible before it’s first release.

While it’s good to have a perfectionist mindset, all you really need for a good startup is a strong MVP (explained here). The reason an MVP is so valuable to a startup is it allows you to study, examine and find answers to questions/problems you may not have even considered.

For example, Facebook is one of today’s biggest social media platforms. Everyone uses it, your friends (not really; they are on Twitter, Snapchat and Instagram), parents (which means you always have to keep your profile rated PG; save those spring break pictures for Instagram), extended relatives (that you can’t stand seeing once a year but you can’t block them from Facebook because that starts more drama than it’s worth), and of course your sweet grandparents who comment on everything you post no matter how new or old the post is.

When Facebook started, it was used for Harvard students to judge the attractiveness of students. That was their MVP. Then it expanded to the fully featured social media website you see now where everyone has access to everyone.

And that’s the problem: EVERYONE has access to EVERYONE today thanks to social media. Radical Islamic Terrorist group ISIS has access to potential new recruits through Twitter and other sites. I’m pretty sure Mark Zuckerberg never thought about his platform being used by infamous terrorist groups around the world. But these are the kind of problems/questions that are almost impossible to think about on your first go around. Facebook is not the only social media platform that has had this kind of problem.

Social Media platform Nextdoor also, learned about this the hard way. Nextdoor is a social media platformed designed for neighbors to communicate with each other. What started as a website for helping move around furniture and share tools, became a platform for racism.

Residents in Oakland began using the sight to report suspicious activity and crime and began targeting African-Americans in their community. This led to wide criticism and bad press for Nextdoor which made the company have to re-evaluate their product. They clearly never intended to create a platform for racism and how can stop this?

Over the course of months they revamped the crime page of the website making the reporting more detailed and in-depth. The results were that racial profiling on the website by 75 percent. Although some still feel the website is not doing enough to solve this problem, it’s at least a temporary solution that helps change the perception of a product that was in rapid free fall.

These are the type of things that are almost impossible to plan for but to be a successful startup you must have a strong foundation for your MVP and be willing and prepared for the unpredictable circumstances.