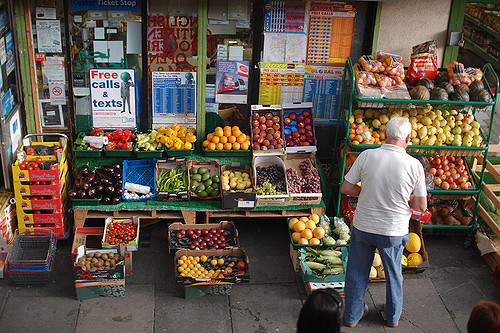 When Professor Haimerl said Inc.’s article on the price of entrepreneurship by Jessica Bruder was a downer, she wasn’t kidding. I found it interesting that Bruder compared most people’s mindsets regarding entrepreneurs to the Mark Zuckerbergs and Elon Musks of the world. And when we can’t be them, there is the quote, “fake it till you make it.”

It’s funny that she mentions this quote in her article, because this is something I have heard my entire life. I used to be in musical theater and when I wanted to pursue it is as a career (which is arguably similar in the hardships entrepreneurs go through) people always told me, “fake it till you make.” If you didn’t know how to do ballet, tap, act, play an instrument, “faking it” was often brought up in audition classes.

To go along with this quote, Bruder also throws in the quote, “It’s like a man riding a lion. People think, ‘This guy’s brave.’ And he’s thinking, ‘How the hell did I get on a lion, and how do I keep from getting eaten?”

I like this because it pairs nicely with the “fake it till you make it” idea. As my group has noticed from trying to start our business, Cart2Table, you really are constantly just trying to stay afloat. Your funding is limited (and by limited, we mean almost non existent) and you’re constantly trying to convince your target audience that your product is the best and makes things easier than the current solution. Pitching people becomes repetitive, so you just start emphasizing the word, easy.

Researching startups and listening to the How I Built This podcasts really put into perspective that what startups are, revolves around fixing a problem or making the current solution easier. Our target audiences aren’t lazy (necessarily), they are just busy. They need a solution to make daily life easier.

The How I Built This that was similar to Cart2Table was Apoorva Mehta talking about his startup Instacart. Their primary audience was the current customers at the grocery stores that had the items on the Instacart app. The products came from local grocery stores and people could put items in their cart to pick up, based on the inventory.

He partnered with the grocery stores and oddly enough (or maybe not), Amazon was Instacart’s biggest competitor. However, with Amazon you obviously have to have a membership and the items could possibly cost more, based on shipping.

The biggest thing I took away from Mehta’s podcast was the fact that he pointed out Amazon as his biggest competitor. He didn’t point out mPerks or a local grocery store app, but compared his basic, small startup to a conglomerate like Amazon. I thought this was awesome, because it goes back to what I said earlier. We must think about what makes a daily task easier for our target audience. And this is exactly what Mehta did. He thought, “people are getting groceries off of Amazon, and this is convenient, but how do I make this cheaper and better?” That’s the question.