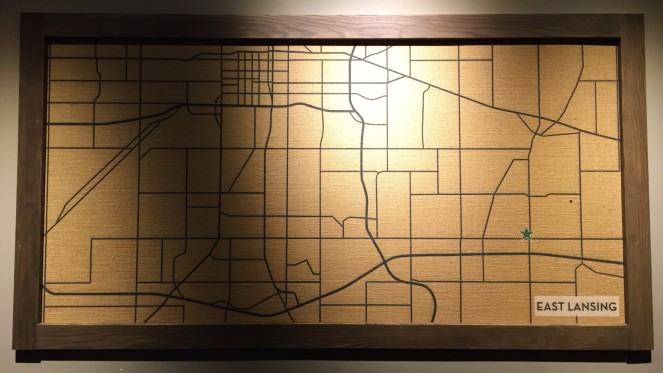 In our media innovation class, instructor Amy Haimerl has taught that with a digital startup you want–and need–a potential customer to identify themselves as users of your product. After researching your target audience and target market, you have a good idea of who your ideal customer is, what they like and how your product fits into their life. Then, what and how you market to them–with that knowledge–is what locks them in and makes them a customer.

Haimerl is doing this same sort of thing as it pertains to the journalism profession. She continues to bring in fierce, powerful female guest speakers. By bringing in great examples of professionals in the field, people whom I can identify with, Haimerl is doing a great job of targeting her market and selling the profession.

First she brought in Donna Ladd from the Jackson Free Press, whom we each wrote about here on Spartans Innovate. Ladd started the Jackson Free Press and changed the way people received and interacted with their news. She’s a powerful, innovative and intelligent woman excelling in an industry flooded with men (aren’t they all?). She’s pioneered. She’s a powerful example.

This past week Haimerl brought in Abigail Bassett.

Bassett is “a freelance content creator and curator whose work has appeared in publications like Maxim.com, Forbes, Fortune, Money Magazine, Yahoo, Automobile Magazine and on CNN.” She’s worked with Barbara Walters. She’s won an Emmy. All of which I discovered, in more detail, in the bio on her website.

Bassett has worked very hard and consistently over a long period, producing a massive body of work. Which is impressive in itself–that goes without saying. But what’s more, is that when she wanted to shift gears to the freelance lifestyle, she was able to leverage that work and her contacts to make that happen. For herself.

An example of a woman–in an industry currently overpopulated with men–who has the skills, the clout and the audacity to say, “well, I think I’m going to go work over here now guys” and then just go do it? Women seeing other women kicking ass is some kind of empowerment you can’t put a price-tag on.

It was like Haimerl put my photo and bio down for a character profile when designing her potential JRN450 customers (students):

“After a seven year hiatus, Nicole has returned to school to study journalism because she thinks she might want to be one (a journalist). As a female she often has to look harder to find good examples of powerful and successful females amongst the vanilla plethora of successful male examples. Nicole hopes to all this and more as she embarks on a second degree that she hopes to use this time.”

Enter Abigail fricken Bassett–who’s shown me my dream job is real. All I have to do is go out and bust my ass for it.