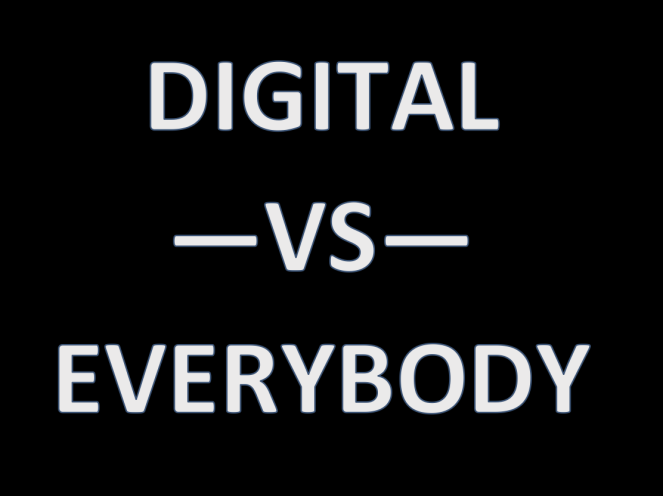 Wherever you might be reading this blog with the poorly punned title, there is someone on their phone in your field of vision. There is someone browsing the Internet for information on what “complicit” means.

There is someone seeing how many likes they are getting on their latest super cute Instagram photo to reassure themselves that they are not alone in this world.

There is someone lurking TMZ tirelessly to find out Kim Kardashian-West’s newest baby name.

People are addicted to their phones and the digital space. It would be hypocritical for me to say that I am not; I am utterly addicted to my phone. In a somewhat sad revelation, I cannot remember the last day I went without it. I update social media; I do a majority of my homework online;and I consume all of my information in everyday life via the Internet.

So it came as no surprise to me that in the “Digital News Fact Sheet” section of State of the News Media that the digital news on all fronts experienced some growth in the past year. The article states, “digital entities (beyond just news) continues to grow.” 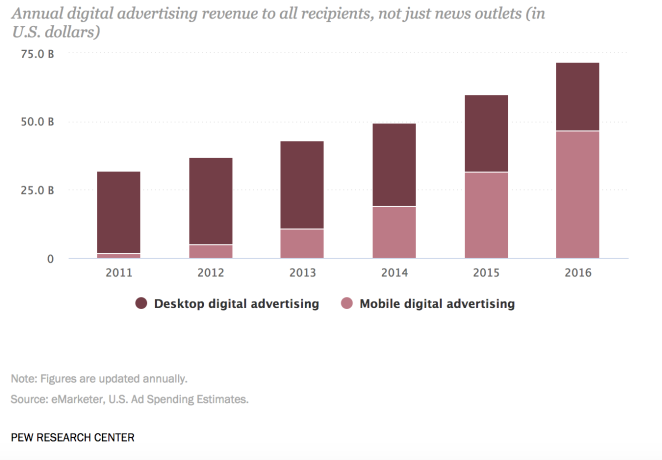 The graph above clearly shows that digital advertising is growing rapidly with no signs of slowing down. This is due to the fact that more than ever people are turning to the internet. According to a CNN article written by Jacqueline Howard, the average American devotes more than 10 hours a day to screen time, and it is growing.

I have taken a couple of marketing classes here at Michigan State and one idea that is always emphasized repeatedly is “go where the market is.” Obviously, the news companies have noticed this large influx of people flocking to the internet for the news. To put simply, this is a massive opportunity for advertisers and companies to reach out to this many people.

For many news organizations, adjustments have been made to account for losses in areas that used to be more profitable. For example, the graph below shows the gradual downfall of circulation for U.S. daily newspapers. 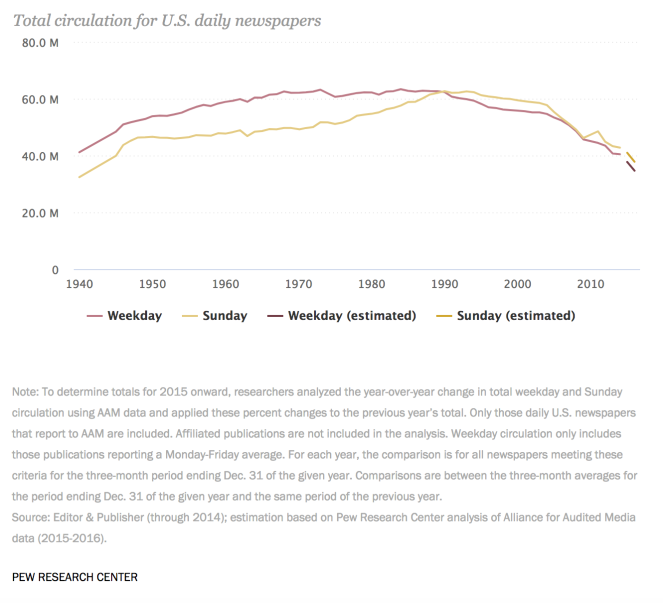 As stated previously, adjustments have been made. The graph below shows the rise of revenue in newspapers coming from digital advertising. 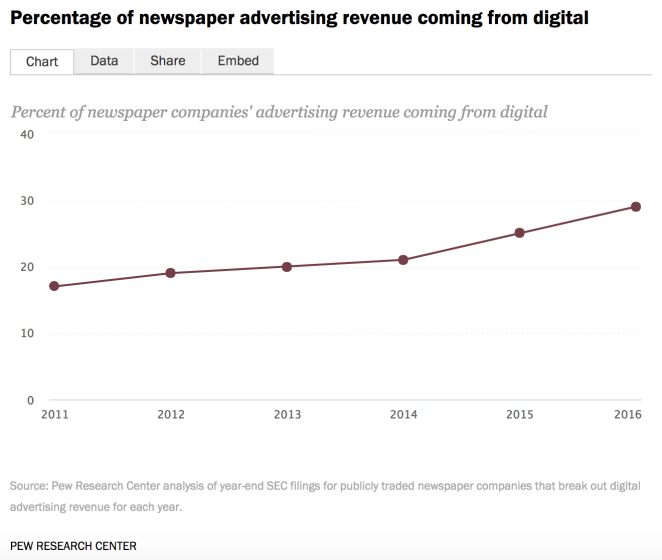 Although newspaper companies’ have dipped in circulation, they are trying to make up for in digital. It has not made up entirely for its losses, but it is continually growing. 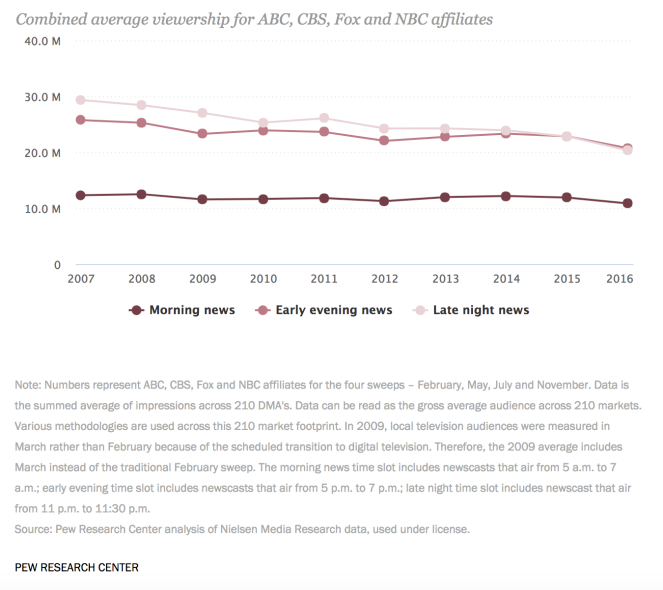 The viewers must be going somewhere. That is why, “total digital advertising revenue for local TV stations increased 10% in 2016 (reaching a total of about $1 billion).” Again, this has not made up for its shortcomings in their regular viewership, but it is one step closer to recouping the audience they once had.

Companies and advertisers have had to be very fluid these past few years. With a constantly changing market, adjustments continually have to be made. Taking the problems, such as a loss of revenue in one department, and turning them into solutions on the digital space, seems to be the next move for the state of media.