I think the “Roadmap” article was a good read this week as we are getting started with our businesses. It was nice to be able to read about so many successful websites that were started by a couple people and focused on a particular area. Even though the examples were more about starting a news site I think it’s good for us to see how add revenue plays into online businesses and how you may go about getting investors for your company.

One of the biggest things I took away from this article is that you don’t want to charge too much for your product or advertising, it’s also important to not low ball yourself either, I think when it comes to setting a price for your product you can either be over confident and think that everyone is going to buy it and that’s when you end up overpricing, or if you’re low on your price you probably haven’t learned the market like the couple who started Redbankgreen, their price for advertisers was much too low because they didn’t know anything about what something like that should cost. 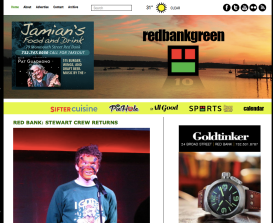 The “Rebuilding the Newsroom” article was a very interesting read especially with everything that has been going on in the media over the last few years. It was a good reminder that a journalist’s job above all else should be to hold the powerful accountable and give the public the facts. The public should be able to hold the media accountable to report accurately and fairly but, with the growth of social media we as news consumers like everything as quickly as possible and we also tend to choose what we believe, factual of not.

Journalists and news providers have also gotten wrapped up in putting out information as quickly as possible. Some news sites care more about being first than checking for accuracy. A lot of news now is reported based off of opinion and not off of fact, this along with the large amount of fake news that get’s released daily has caused the public to distrust the media. The media really does need to get back to its core values of reporting fact and holding the powerful accountable so the public can start believing in the media again.

The idea of alternate weeklies was interesting an interesting solution to this problem. It seems like this would be a good thing for every major city to have. The stakes are lower with a news form like this and also they would have more time to investigate stories. This could give the public an accurate in-depth look at what was going on around where they live, and because these tend to be smaller publications everyone who works there would be really passionate about what they were doing. I think it would be a good way for the media to get back on track and for people to get more accurate news.