There are many factors in creating a successful business — a great product, great marketing, committed investors, an innovative business model —  but the most important factor is your allies. 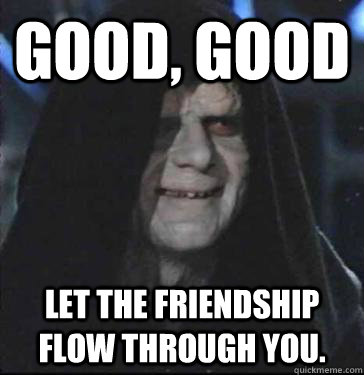 Businesses making alliances is nothing new (Apple and AT&T, Nike and sports teams, etc.). However, for young business partnerships, alliances and teamwork are a must because one person cannot do everything alone. As my mother taught me “it takes a team to win and a team to lose.”

Don’t believe me? Let’s look at some of the biggest businesses today. Most of the credit for Apple’s success goes to Steve Jobs. But Jobs did not create this empire alone. Apple was founded in 1976 by Steve Wozniak, Ronald Wayne and, yes, Jobs.  He was not alone — and no successful business is.

In Ken Doctor’s article for NiemanLab, he discusses the keys to connecting with an audience and says that creating allies is one of the strongest ways. In business creating alliances is a way to mutually benefit all parties involved because each brand or business brings their own unique community or following.

For example, for the first time in the history of the NBA, teams are now allowed to have advertisements on jerseys. The reigning NBA champion Golden State Warriors signed a three year, $60 million deal with a tech company called Rakutan, which is famous in Japan but has almost no presence in the United States, as a way of getting exposed to a whole new audience. The Golden State Warriors not only benefit from a financial aspect but also by getting involved in an overseas market where they hope to sell merchandise.

Lets go to a smaller scale. I am an independent content creator. I have my own podcast called Strictly Hip-Hop and Strictly Hoop Talk. The way I have found the most success in building my brand is through partnerships and alliances. My theory has always been that every time I collaborate with someone I have a new audience, which means I have a chance to convince those listeners to also become my listeners and the same goes for the people who collaborate with me.

I am from Michigan and the majority of my fanbase is from Michigan as well so to expand I have begun to collaborate with many different platforms across the country. I’ve worked with a podcast from California called “The Hip Hop Review Podcast” and I have a partnership with Dead End Hip-Hop, a network based in Atlanta, Georgia.

Now, my three biggest following comes from these three states and I have seen a significant rise in California and Georgia. Seeing the encouraging results from this experiment I plan to continue pursuing collaborations in different regions in America and beyond.

Starting a business can be scary but the good news is you don’t have to do it alone.

2 thoughts on “Every Business Needs Allies”