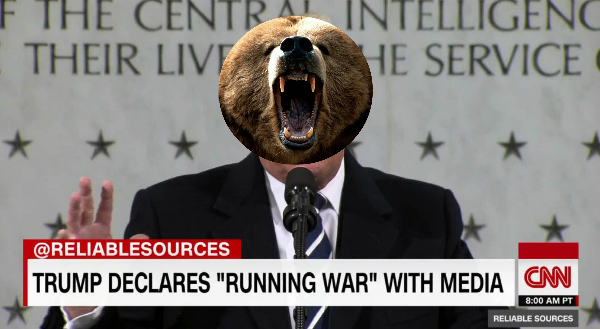 Both readings this week were interesting, but one grabbed me in a way few articles have in recent weeks. Ken Doctor of Nieman Lab structured a powerful piece that laid out the reality for journalists today in his article, “Newsonomics: Rebuilding the news media will require doubling-down on its core values.”

While it captivated me, it angered me.

Doctor’s writing was all true. Nothing that he wrote involving his personal thoughts upset me. What upsets me is the current situation the media is finding themselves in. What upsets me is the state that our country and people are in. As a journalist, my knowledge of politics is less than impressive. Quite honestly, prior to this year’s tormenting election, I found politics to be confusing and uninteresting. I more than likely was the person who would roll their eyes at anyone’s political rants on social media and keep scrolling.

YES, THIS IS A POLITICAL POST: SORRY NOT SORRY.

A woman. A grand-daughter of Syrian immigrants. A best friend to [many] Muslims. A child whose food and clothes primarily came from welfare checks. A democrat (duh.) I think Betsy DeVos and Vice President Mike Pence are, as a true millennial would say – the absolute worst.

All of these things embody who I am, how I think, and what I care about. On paper, yeah sure I’m far left, total liberal. Whatever, I don’t even know what half the labels mean. But out of all the things I listed, there’s another identification I give myself. It’s been a dream of mine since I was 8-years-old to give myself this particular label.

The reality of journalism in the wake of our nation’s transfer of power brings me great, great sadness. Not that journalists aren’t used to being put on the chopping block, but now, I just want to scream, “WHAT THE HELL IS GOING ON?”

As this election and devastation has unfolded, journalists are quite possibly facing challenges never faced before in their careers. As their accountability is being questioned by the most powerful man in the world, Doctor points out the pressure and opportunity that lies with that.

He states: “Readers hold news media accountable for covering the news, and news media hold the power centers of their nation, states, and communities accountable for their actions. Spin the wheel faster, and more money will fall out, paying more and more journalists to do their jobs. Call it a pipe dream if you wish; I call it a necessity.”

With demonization toward the media and lack of funds in today’s times, Doctor says it’s time for news organizations to rise above – or bust.

Doctor encourages us journalists not to cower in fear but embrace our strengths. He wants us to figure out what can be done to make our stories stronger. Some advice he gives is to not tell, but show. Lay your article out to where your integrity cannot be questioned, and to make your underlying objective to be fairness. To get your word out, you need the subscribers. In a time like this, people are listening. But with that, there are many people who will fault you for any mistake. If fairness has always been what transforms a local journalist to a nationally-known journalist, then fairness and success will ensue.

My favorite part of the piece was Doctor’s reference to Robert Fulghum tips from “All I Really Need to Know I Learned in Kindergarten.”

And then, from the Society of Professional Journalists Code of Ethics.

Seek truth and report it.

Let’s pray to God that fairness can save us all, and give strength to the journalists who are brave enough to stand up and face the bear*.

*Honestly, I only used the word bear because the article did. Too many other words came to mind.