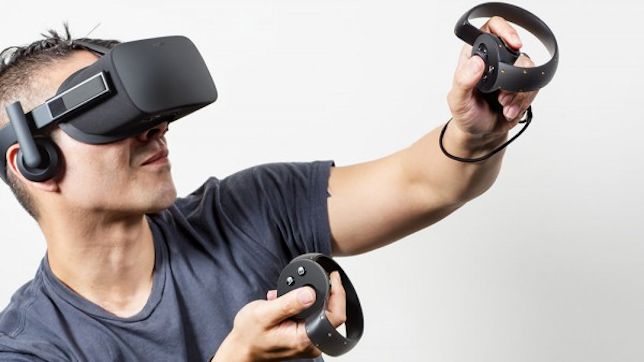 After reading The 7 Biggest Challenges Facing the News Industry in 2016 in FastCompany, there was one specific challenge I was most struck by: virtual reality. Virtual reality has long been a futuristic technology that we as a society have been barreling towards since the turn of the century (and likely earlier). The entertainment uses of virtual reality seem very clear to me. In gaming, the utility will be an even more immersive experience than what Nintendo provided in 2006 with the Wii and motion controls – and what Microsoft followed that up with later on with the Kinect.

In movies, virtual reality could be the dawn of the 360 degree immersive movie experience – IMAX but better.

The two questions I have though, looking at virtual reality are these:

Virtual reality could easily be the new motion controls – a passing fad that everyone and their grandmother needed to have in the mid-2000s before the tech is left to rot on their entertainment center for the next decade. On the other hand, virtual reality could also be the next smart phone, a new way to engage with content that never existed before. Only time will tell, but I hesitate to support an overall upheaval of news media as we know it for what could be a trend.

Say virtual reality does take off though. How can the news media take advantage of it to tell better stories? For me what comes to mind is Google Earth. With Google Earth, everyday computer users can sees people and locations all over the world with a few clicks. With virtual reality I wonder if the news could shoot video in 360 degrees for news viewers to see locations, weather, and events from all angles.

What other ways are there for the news media to innovate with virtual reality?

With regards to the other challenges, I thought the most compelling for me was Tracie Powell’s “accepting police gospel as truth” challenge. Especially coming out of 2015, it is clear that the media often tells the story as the police reports it without digging a little bit deeper. This was clear with the Black Lives Matter campaign that grew in 2015 but it was also apparent in 2014’s Serial where it appeared that some key players in that murder story – including the girl’s boyfriend – were not even or only lightly interviewed. No where was this issue more apparent than Netflix’s docu-series Making a Murderer (debatable, one-sided reporting as it may be). The creators of that show clearly demonstrate a systematic corruption in that system that regardless of the main character’s innocence shows that the media cannot simply trust the police.

This was an interesting, engaging article that made me think about journalism in some new, different ways.