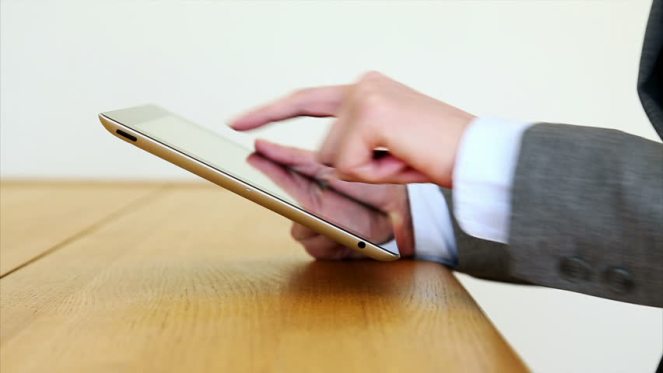 Right off the bat, the Pew Research Center’s “State of the News Media 2015” reveals just how dramatically different humanity’s access to the news is now compared to “the good ole days.”

“At the start of 2015, 39 of the top 50 digital news websites have more traffic to their sites and associated applications coming from mobile devices that from desktop computers,” according to the report.

Just wait! It gets even better!
“…desktop visitors to these sites tend to spend more time per visit than do mobile visitors.”
This pixelated phenomenon, or technological shift, whatever millennials want to call it, is making it mandatory for publications to hook readers as soon as possible.
Tony Haile, the CEO of Chartbeat, who has the responsibility of middle manning the transmission of readership data on peoples websites from 1’s and 0’s to numbers that mean something to us, reports the average reader spends 15 seconds deciding if an article is worth reading. Those numbers are presented in a Time article here.
Not necessarily frightening, but that is definitely a number to take into consideration. The immediacy and convenience of news means so many bits of information enter and exit our brains before they even have a chance to be comprehended.
This shortening of the attention span isn’t going to stop. This forces publishers to develop more inventive ways to maintain readers. Clicks alone no longer mean enough. Beautifully put by Haile himself:
“In 20 years, everything else about the web has been transformed, but the click remains unchanged, we live on the click web… Spurred by new technology and plummeting click-through rates, what happens between the clicks is becoming increasingly important and the media world is scrambling to adapt.”
That’s a really fancy way of telling us that people can click on a 100 articles and not look at one bit of info beyond the headline. Advertisers don’t want to spend money on sites that people hopscotch over repeatably. And as we all know, sadly that’s where a large portion of revenue comes from.
Hence the “…scrambling to adapt” part of the quote. For anyone curious, this doesn’t mean cramming the words “top, best and biggest” into your clickbait brand of news. Generic topics with ambiguous titles that generated the most clicks, but were the least deeply engaged articles. Clicks don’t equal currency anymore, especially when 55% of readers don’t last 15 seconds on an article.
For publications taking the adapting part serious, less emphasis is being placed on clicks and more emphasis on holding readers’ attention. And actual news tends to hold viewership the longest. But that doesn’t mean it’s the content that needs changing. Its could be the design. The longer a publication can hold the attention of its audience, the more likely they are to revisit that site in the future.
Ahhhh Loyalty. Not the “I could shoot someone in the middle of the street and I’ll still get votes” loyalty, but an assurance that viewers are more likely to return…loyalty. Capturing one’s attention with intriguing web banners, clever headers, (even more) clever photographs can do incredible things for online publications. This means striking down the traditional methods used by advertisers and news publications of the past and embracing what the statistics point to. Example number one:
Say Media.
Just spend a little time on the website (no really, go do it), you’ll notice a very smooth interface that is addictive to even scroll through. A publishing firm that’s “Fueled by a mission to make the internet a better place… Tempest grows revenue while providing a better digital experience for both readers and advertisers,” prides itself on retaining internet clickers to remain on sites they’ve worked on.
Example number two:
Vox.
An news publication, complete with big visuals, easy-on-the-eyes headlines, all laid over relevant photographs that highlight when your mouse hovers over them, Vox contains all the typical sections you’d find on other news publications. “Science and Health, Sports, World.” But that doesn’t stop you from staring (even if one of the stories is “Mouse sperm is longer than elephant sperm. This man has a theory“).
Embrace the statistics! Do what the numbers say and follow the digital bread crumbs. It’s hard to hold a rationale that old traditional methods can keep up with mediums they weren’t designed to be compatible with. If not for the money that could lie at the end of the rainbow, then how about for the simple goodness of knowing someone else is reading the very words your writing.
Spew that at an employer and you’re sure to get a promotion. — Jack Nissen