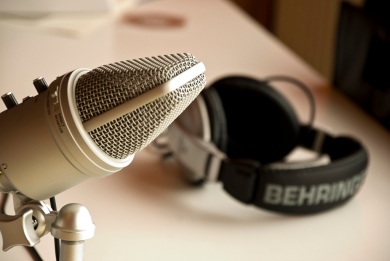 Reviewing the information outlined in Pew’s State of the News Media, 2015, I found myself consistently impressed with the fact that the news is still an important powerful aspect of consumers’ daily lives. I found this especially true amidst the doom-and-gloom rhetoric about the death of journalism many were predicting just a few years earlier.

News media is clearly changing. Obviously, mobile has become more and more dominant every year. As people increasing look to social media and mobile websites for information, the media has had to adjust.

For me, the most reassuring statistics about journalism as a profession are the ones citing improvements in local news ratings from the previous years. I think this is a positive trend for the industry. Social media does have its limits and while national news can spread like wildfire on the Internet, there is still a demand for information going on a consumer’s community.

With regards to network news, it is also positive to me that there hasn’t been a decline. In a time when most national news does make the rounds on social media quite quickly, no decline is good in my view. I wonder though if NBC may see a decline in viewers in the State of the News Media, 2016 after the Brian Williams scandal that occurred in 2015. While this is purely speculation, I am interested to see if the Williams scandal affected (if at all) network news overall. A lack of trust in a prominent news anchor could have been the final straw sending some people into the social media abyss.

The rebirth of podcasts in the mainstream is exciting not just for the genre but for news media as a whole. The popularity of Sarah Koenig’s Serial shows that there is always new ways for the media to innovate. Serial’s rise has also lead to popular true crime documentaries on other platforms like Making a Murderer on Netflix and The Jinx on HBO.

Having said all of this, newspapers (as opposed to other media forms), seem that they are still on a death march, especially in their tactile form. Newspapers are a journalism staple, but to me I cannot see them lasting much longer. I think that newspapers will always have some life (and maybe will come around again, like vinyl), but I think the end is near.

The state of the news media is strong. I found the analysis to be much more positive than I was expecting going in. I look forward to reading Pew’s 2016 report in the near future.